“I wish I had a copy of this book when I was starting out!”MICHAEL MANRING

“It takes a creative mind to be able to successfully get across the daunting task of understanding the guitar fretboard. Alex has managed to create a visual medium to make the task much easier.”JENNIFER BATTEN

“Unique, innovative, and refreshing. If traditional bass method and theory books have left you feeling bewildered & confused, then this book could well be a game changer!”DAVE SWIFT

“Now that there is also this new way to approach the study of scales, excuses like ‘studying scales is boring’, are zero! 😉 Bravo Alex.”FEDERICO MALAMAN

“I highly recommend Alex Lofoco’s Scale Colour System. This is a must have book for musicians of all levels.”RUDY SARZO 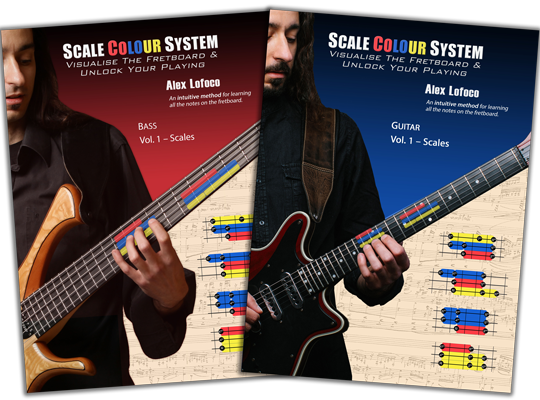 The SCALE COLOUR SYSTEM is a unique and innovative method to study music that bridges Music Theory and the Mechanics of string instruments.

An intuitive system to map and internalise Notes, Scales and Shapes over the entire fretboard to develop accuracy and to unlock your playing.
The original graphics and illustrations are intuitive tools to visualise and internalise the symmetry of the fretboard – a crucial aspect to mastering the instrument – and to learn music concepts through practical application. 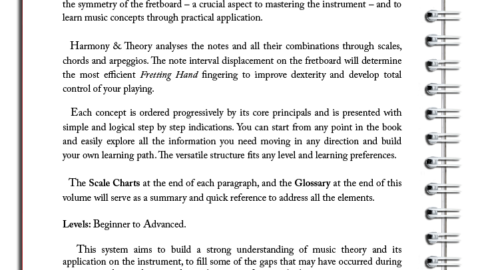 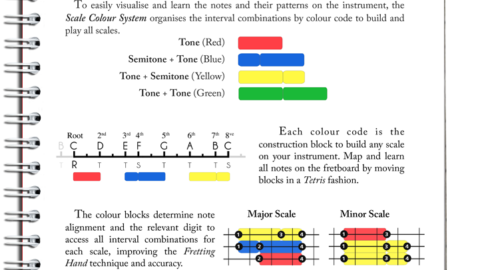 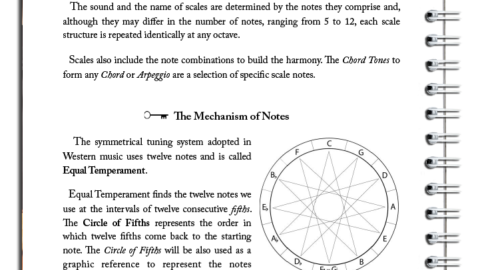 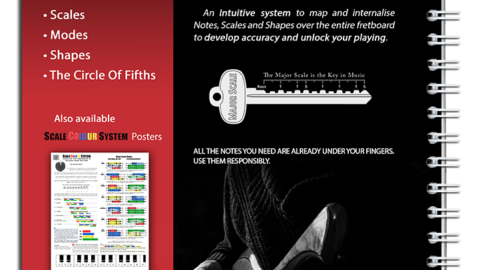 Levels: Beginner to Advanced.    This system aims to build a strong understanding of music theory and its application on the instrument, to fill some of the gaps that may have occurred during previous studies, and to provide another point of view to look at music.

ALL THE NOTES YOU NEED ARE ALREADY UNDER YOUR FINGERS. USE THEM RESPONSIBLY. 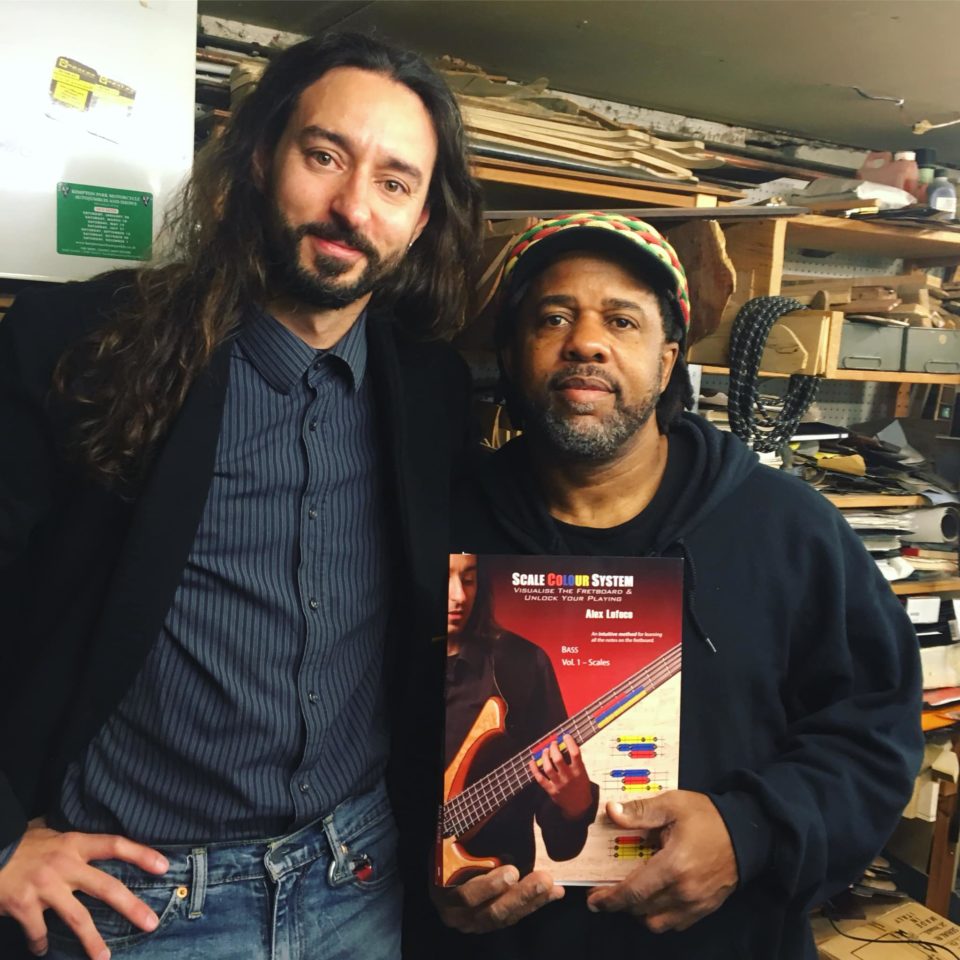 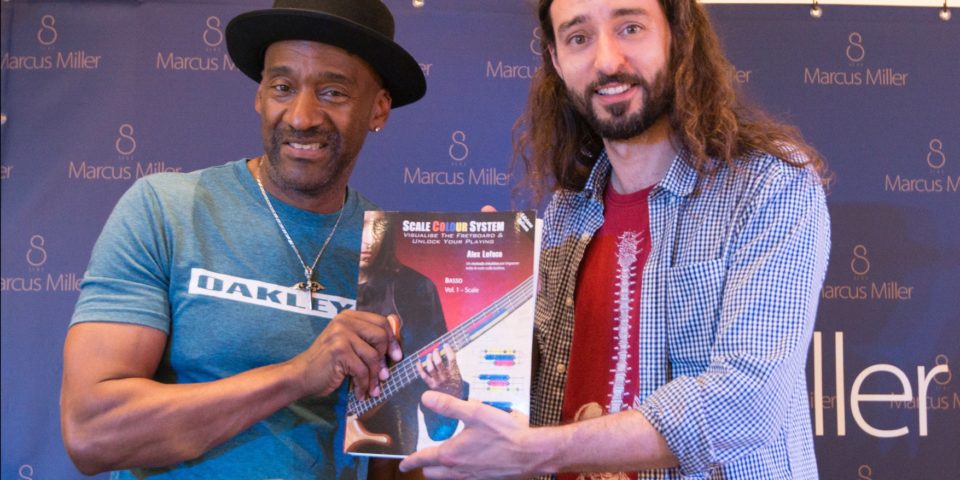 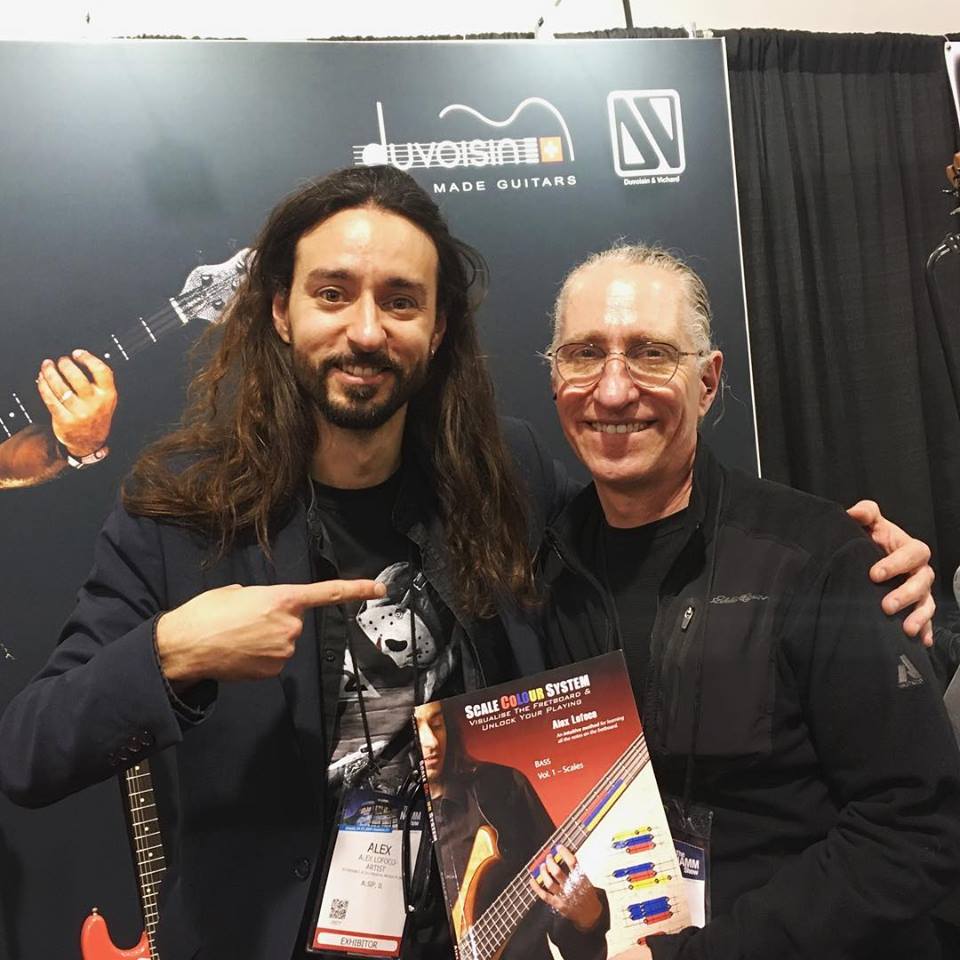 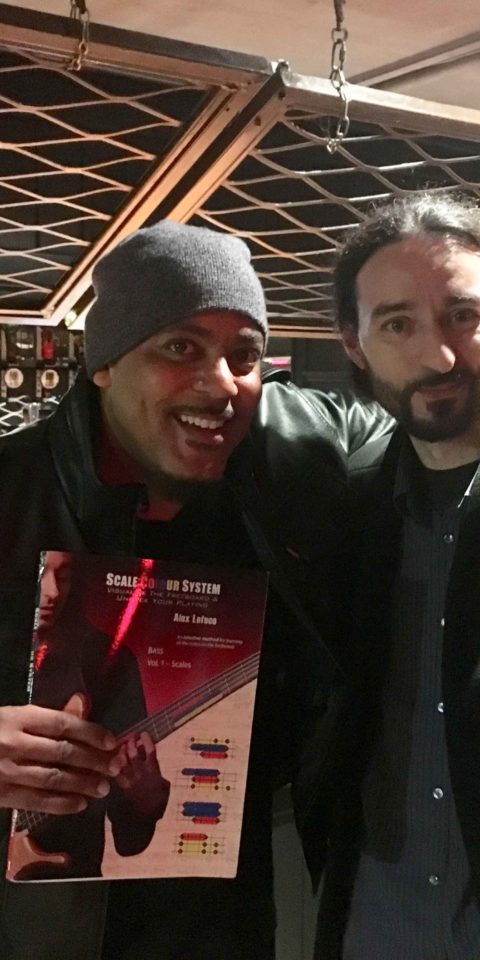 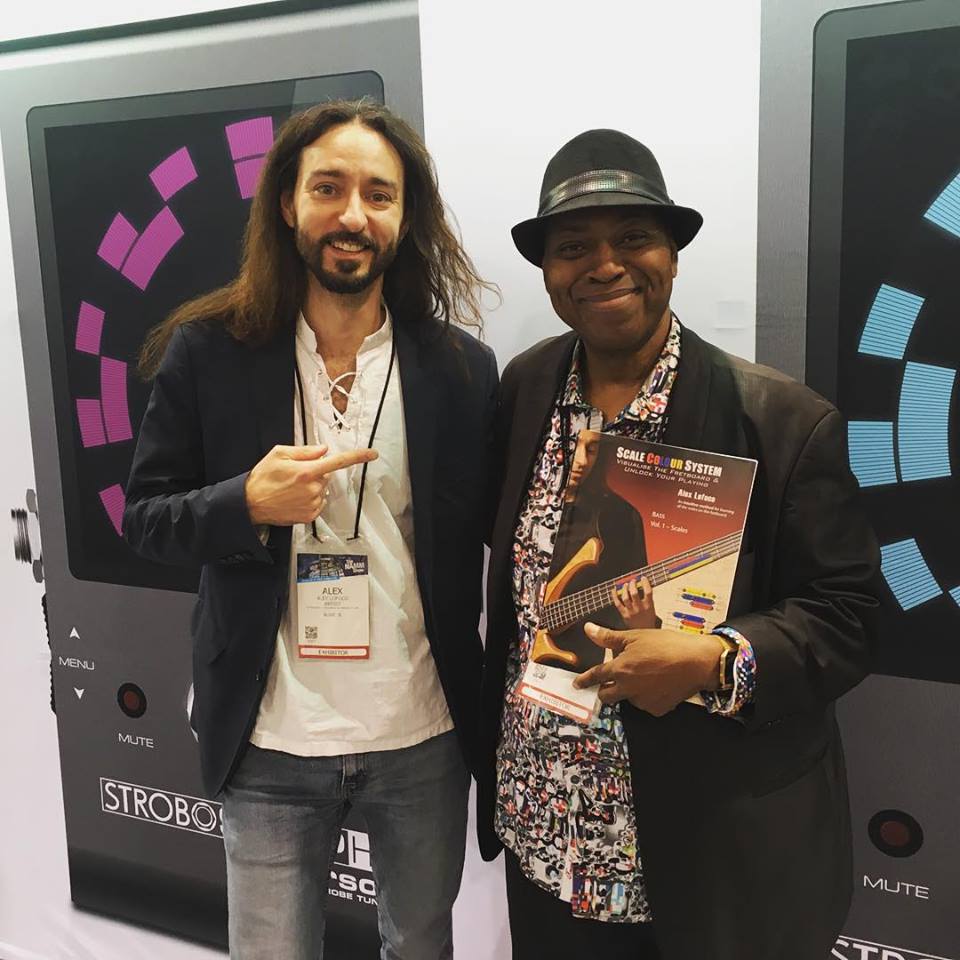 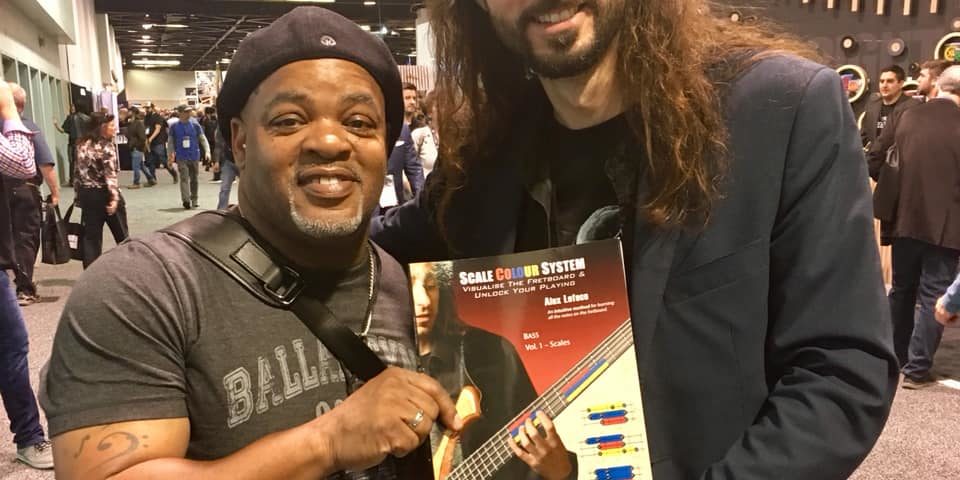 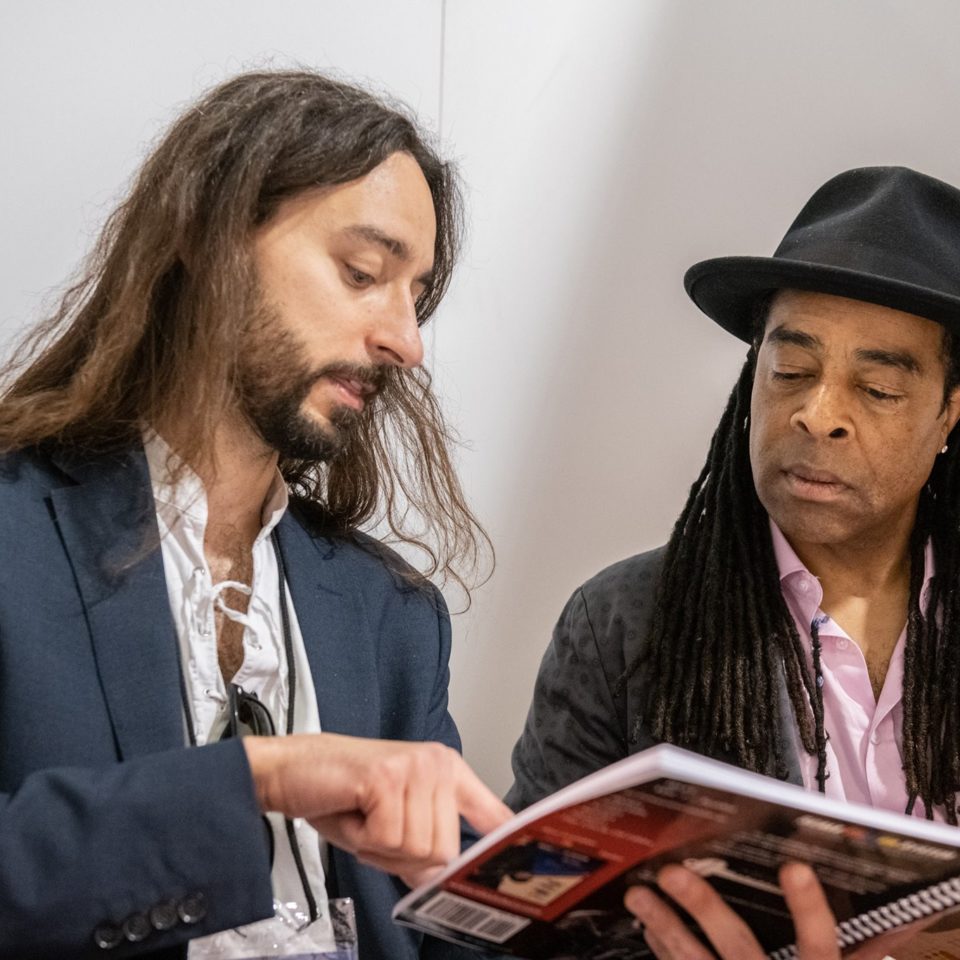 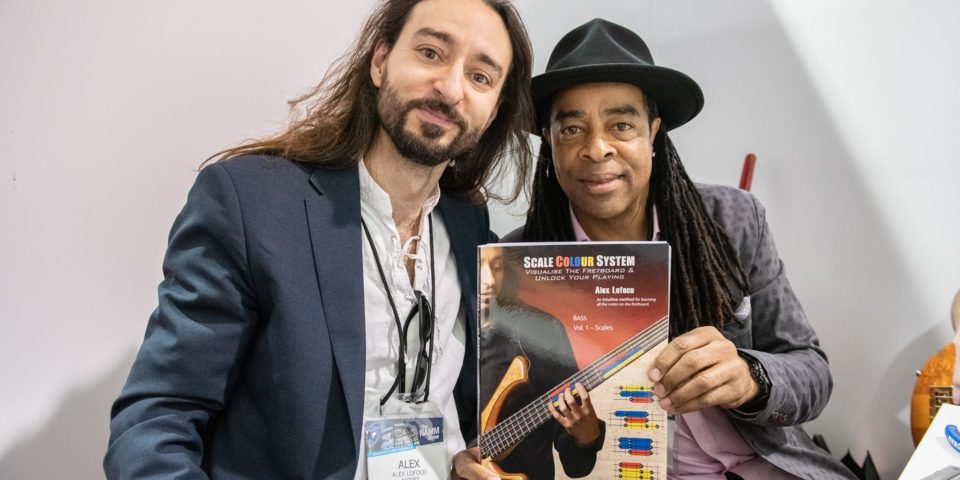 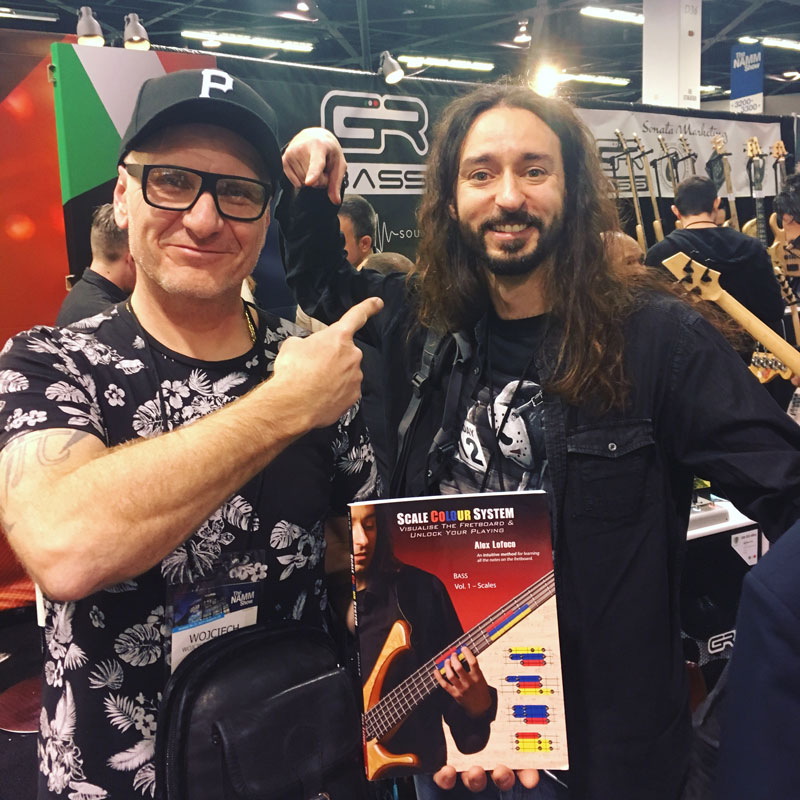 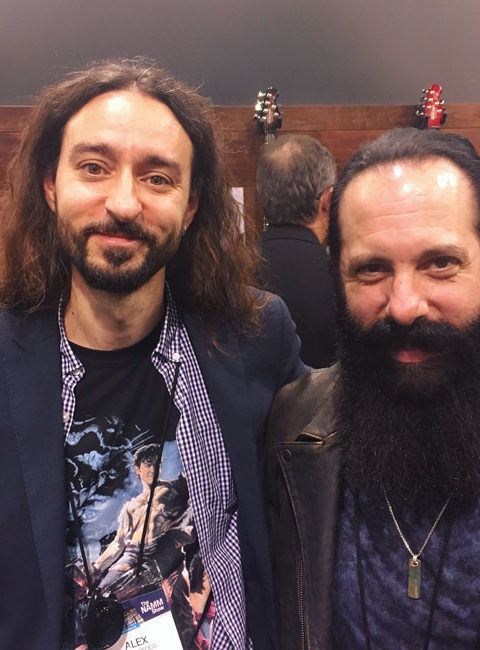 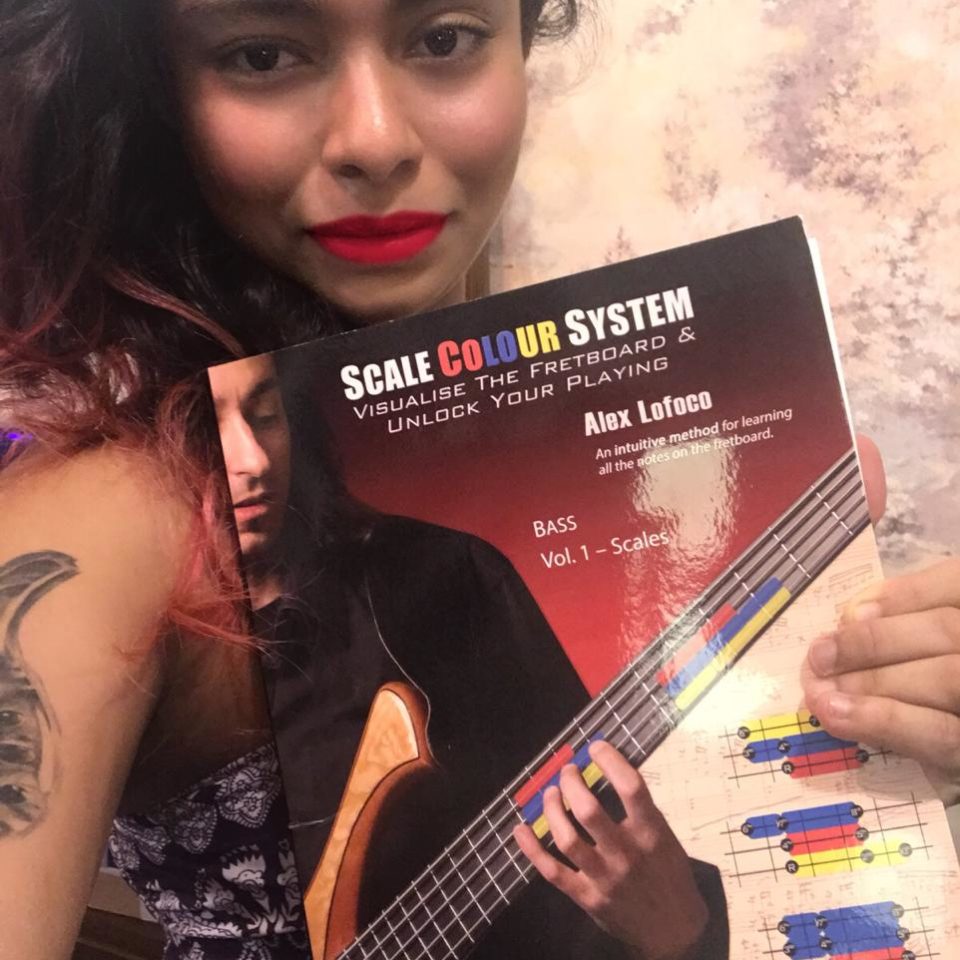 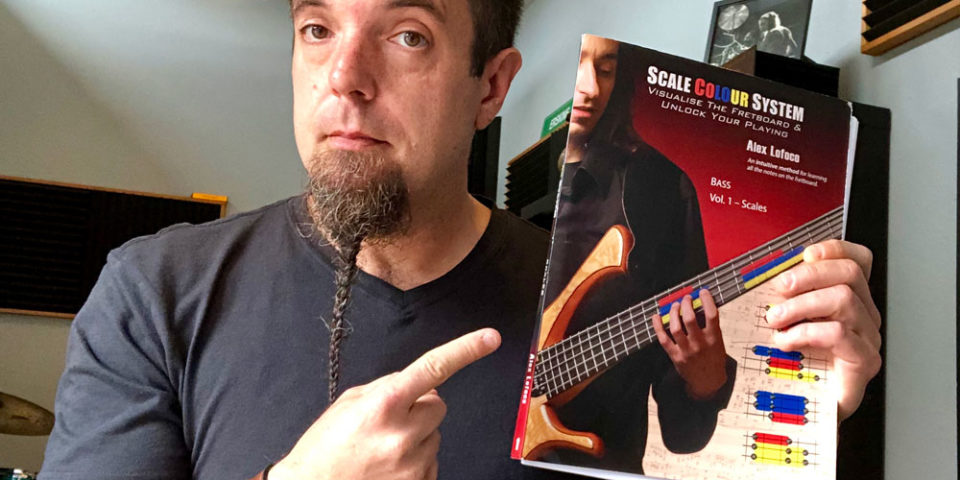 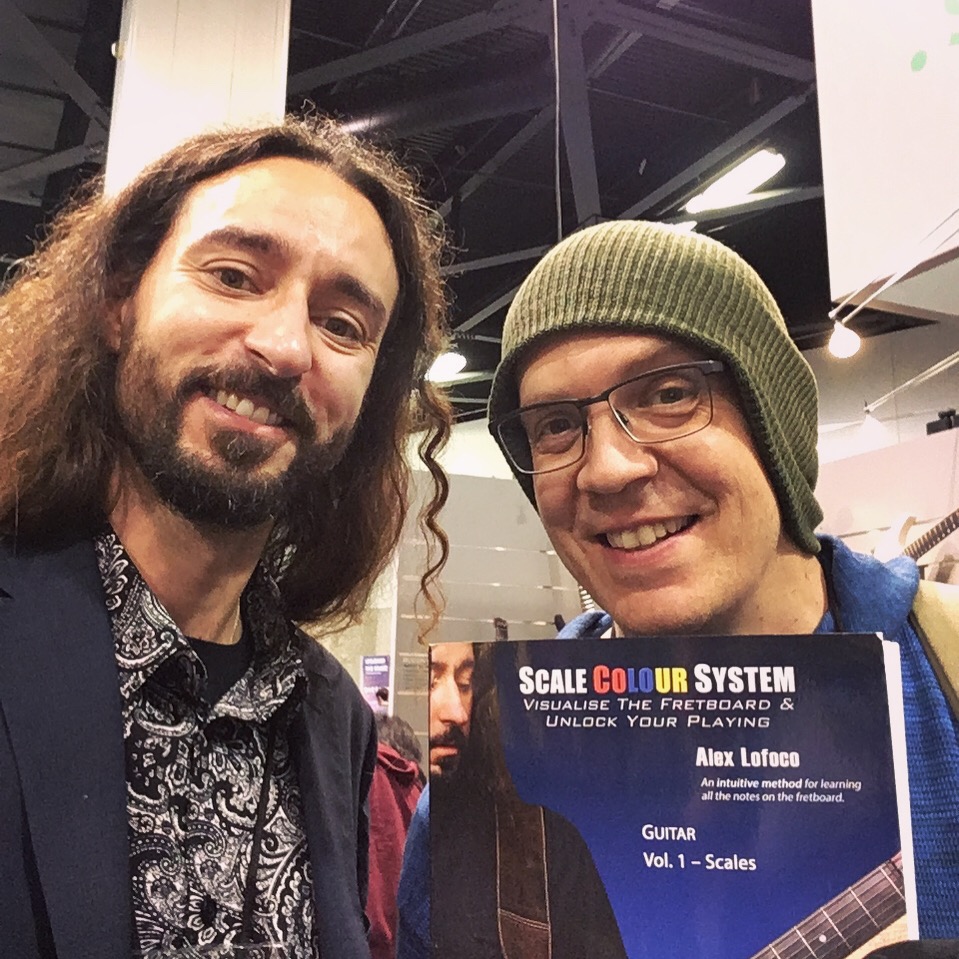 “Alex has devised an inventive system to decode the inherent tonal symmetry of the electric bass. This method demystifies the geometry of the fingerboard and speeds up the process of understanding and internalizing scales, modes and arpeggios. I wish I had a copy of this book when I was starting out!”

“It takes a creative mind to be able to successfully get across the daunting task of understanding the guitar or bass guitar fretboard, and make it easier. Alex has managed to create a visual medium to make the task much easier. I’m sure a lot of people will appreciate the ease his new book has to offer to get that hurdle behind them, and launch off into the fun world of making music!”

“From player to player, I highly recommend Scale Colour System by Alex Lofoco – he knows what he’s doing. Everything is presented clearly and gives a lot of joy, just as the school should.”

“Alex has devised a unique, easy to grasp, and entirely logical approach to demystifying the fretboard. I wish that I had access to this book when I was first learning. Well done brother!”

“The field of teaching is boundless. There is no single way to learn something and, above all, the most important thing is the result: to know the subject. Alex has found with this his original colour method, a new way to learn scales, a fundamental element for any musician, which however is often overlooked or underestimated because presented in the “classic” way, which for many could result boring and little effective study. In this method Alex offers to anyone the opportunity to learn positions in a pragmatic way, almost as if it were a game.
The thing I feel like saying is “Now that there is also this new approach to learn scales, excuses like ‘studying scales is boring’, are zero! 😉 Bravo Alex.”

“A unique, innovative, and refreshing Scale Colour System by Alex Lofoco, which helps the player demystify the fingerboard, scales, intervals, arpeggios, modes and more! A very easy to follow, intuitive and visually instinctual method that bassists of any age and ability can comprehend. If traditional bass method and theory books have left you feeling bewildered & confused, then this book could well be a game changer!”

“I highly recommend Alex Lofoco’s Scale Colour System book to all musicians. Though it’s intended for bass players, Alex’s fretboard colour system and graphics throughout the book clearly explains and demystifies music theory. This is a must have book for musicians of all levels.“

“Alex Lofoco’s Scale Colour System Vol. 1 – Scales is an extremely comprehensive and in-depth approach to virtually every scale that a bassist could be expected to know. He uses an innovative system of using different colours for different scale intervals, superimposed on fretboard diagrams, though notation is also used, and this approach may well suit those bassists who find regular theory books too alien. To master every scale demonstrated would take hundreds, if not thousands of hours’ practice, which probably matches the amount of work that Alex has put into this book! Highly recommended for those wishing to become masters of bass.”

“There have, over the years, been many scale books written for bass guitar, and so it is impressive that Alex Lofoco with his instructional book Scale Colour System has been able to deliver a fresh take on the topic. The introductory chapter on scales provides a succinct and insightful exposition of the levels of symmetry inherent in music theory pertaining to the major scale and, in the following and subsequent chapters, its practical application to the fretboard.

In describing the cycle of fifths the author again well elucidates the theoretical symmetry inherent in the major and minor tonalities of the major scale, their intervallic relationship, and again represents this symmetry in an intuitive visual form that facilitates the recognition of fretboard relationships. In describing minor scales the specifics of the melodic and harmonic minor scales are readily accommodated into the visual representations.

There is in depth analysis of all the associated modes, similar analysis of pentatonic and symmetrical scale forms, all presented in a powerful visual form that I am certain will resonate with many. Further volumes for guitar and on a similar approach to arpeggios will, I am sure, provide an equally valuable and insightful addition to the literature.” 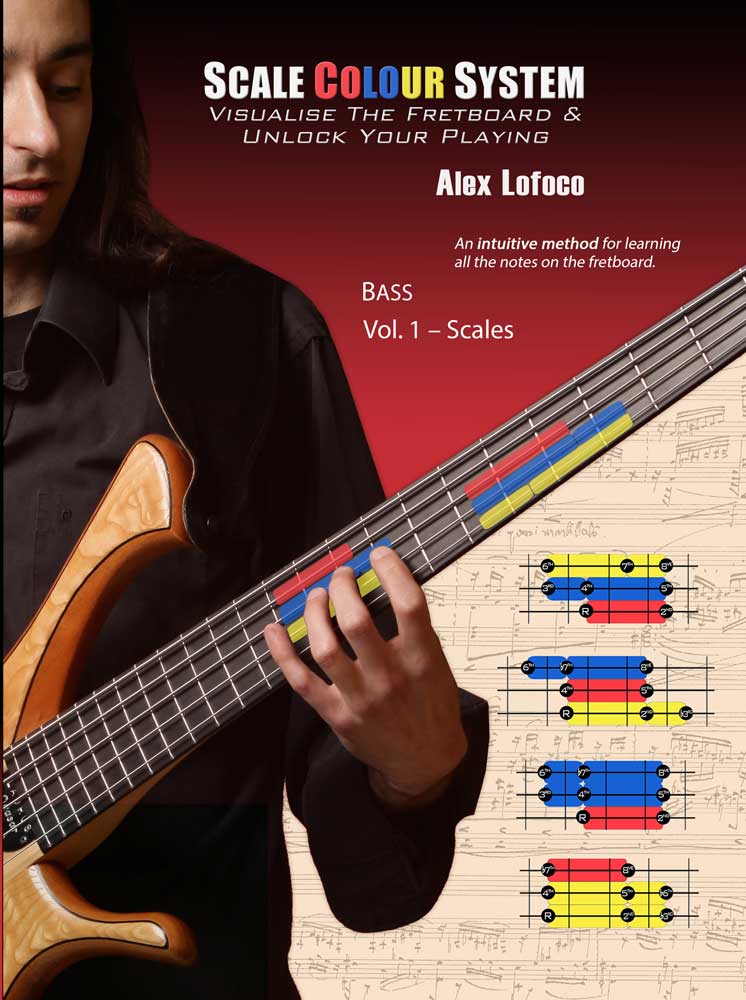 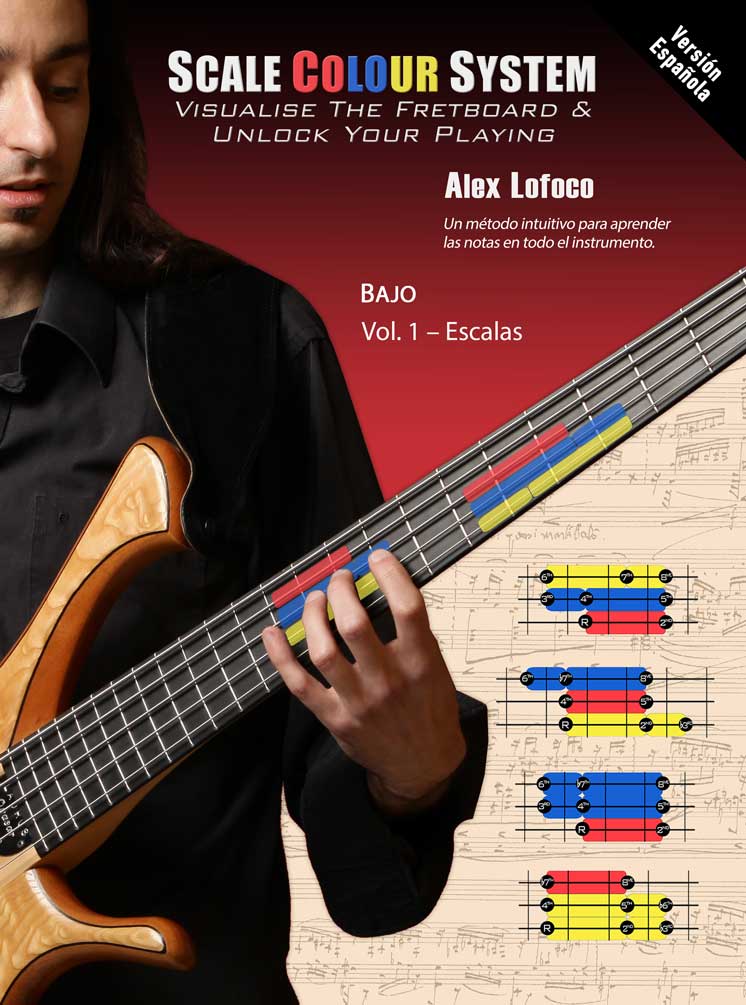 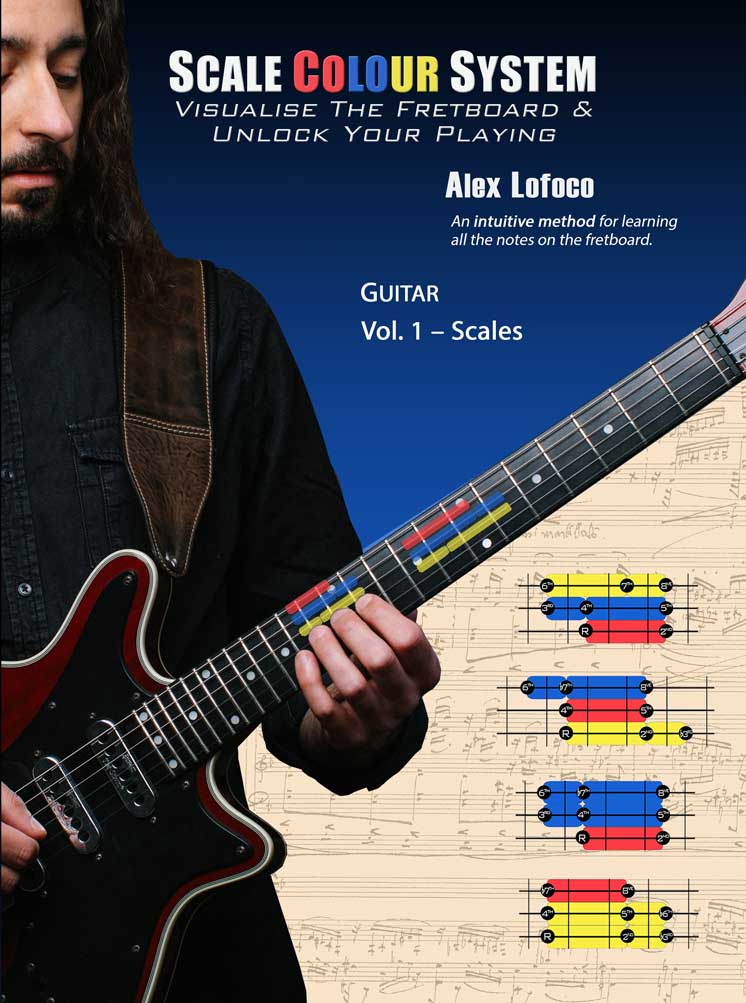 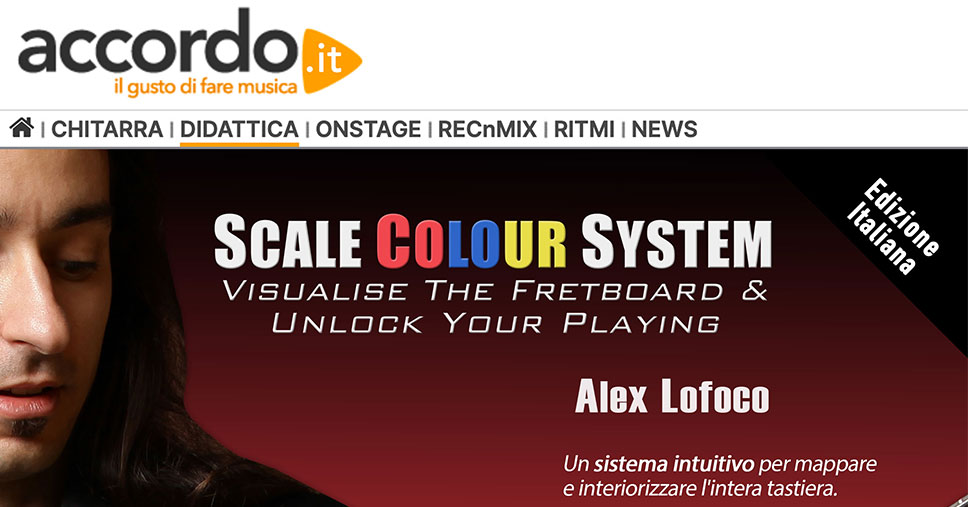 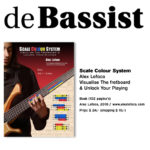 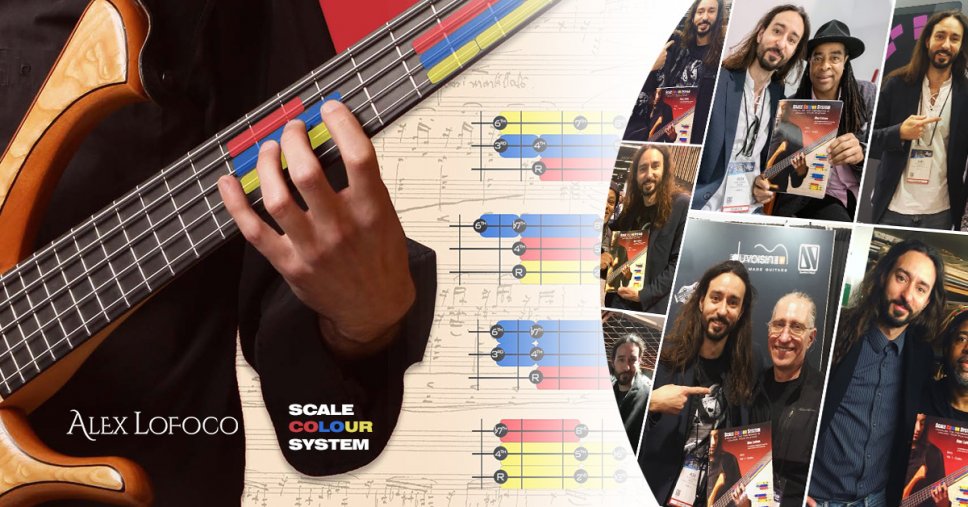 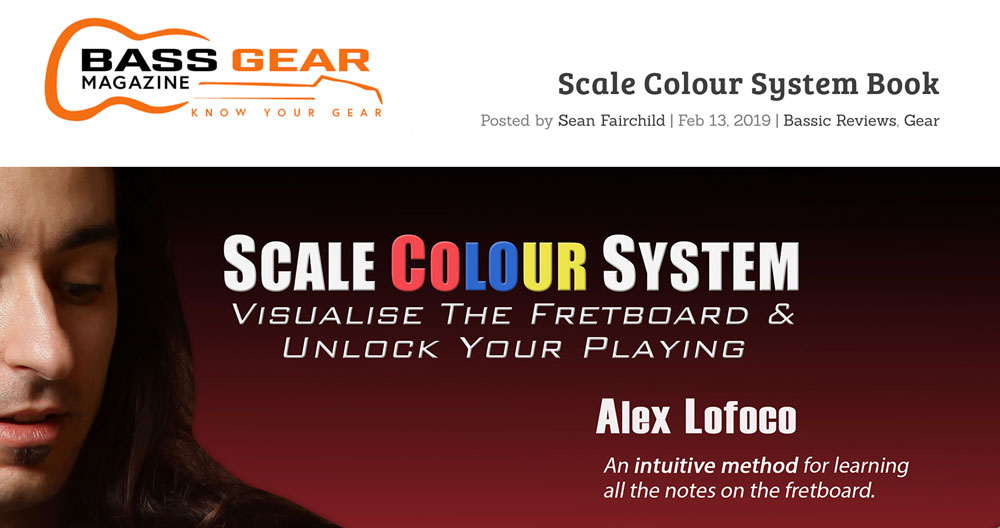 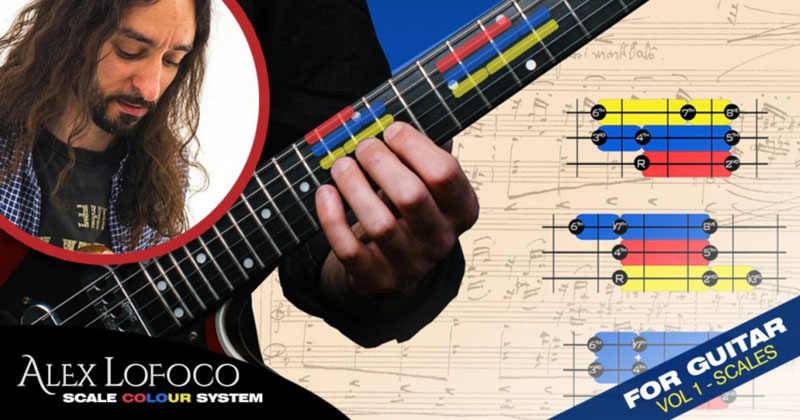 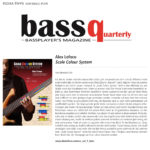 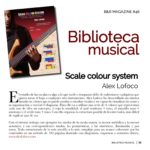 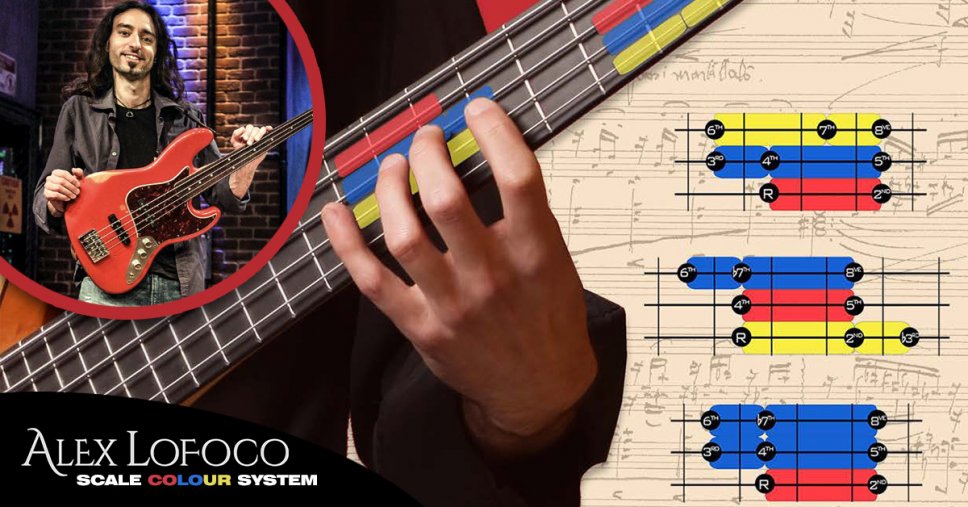